St Teilo was a Celtic Christian saint from the sixth century. He was a friend of St David and after going on pilgrimage to Jerusalem together, they were made bishops. When they returned to Wales, Teilo established a monastic settlement in Llandaff on the river crossing on the old Roman road. On this death his shrine and holy well at Llandaff cathedral became a major medieval pilgrimage destination and his relics remain in the cathedral to this day.

We commence the pilgrimage at the site where the Virgin Mary is said to have appeared at Penrhys, high in the Rhondda Valley. A holy well marks the place that was once a Cisterican abbey grange.

We follow the newly re-opened Penrhys pilgrimage trail for 34 kms/21 miles, stopping off in Llantrisant (which in Welsh means the Christian site of three saints) to the holy well and shrine of St Teilo in Llandaff cathedral, Cardiff.

We thread our way through mountain passes, wooded river valleys and through lush farmland arriving on foot after a two day hike at Llandaff Cathedral. 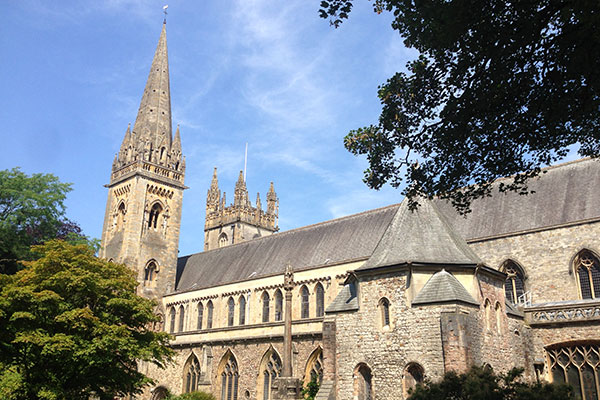 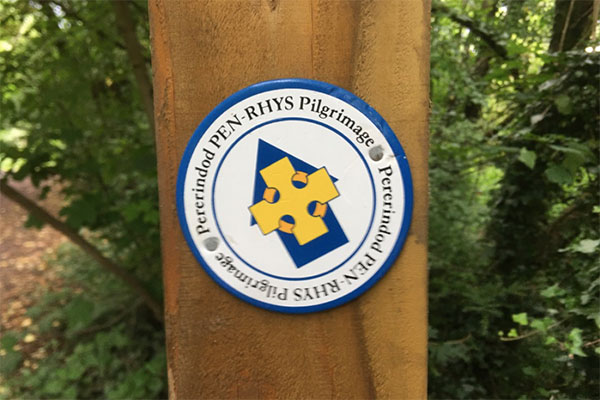 not displayed - as is open by default

Arrive in Cardiff by 4pm with pickup from Cardiff Central Station if required.  Optional city tour of Cardiff, capital city of Wales

We drive up to the starting point in Penrhys, where a holy well and statue mark the place where a medieval wooden statue of the Virgin Mary appeared at Penrhys. With stunning views of the valleys, we walk south toward Tonfrefail and we finish the first day in Llantrisant – the town named after three Celtic Saints and the home of the Royal Mint.  (17 kms/10.5 miles)

We walk through the medieval town centre past its guildhall, stocks and parish church, heading back into the countryside towards Groesfaen. Then we pass out of the former industrial lands of the valleys into the lush green farmland of the Vale of Glamorgan as we head toward the village of Pentyrch. From there we reach the leafy suburbs of Radyr where we joing the Taff Trail along a beautiful wooded river valley into the medival city of Llandaff which predated the modern city of Cardiff.  The pilgrimage ends around 4pm at Llandaff’s majestic cathedral with its shrine and holy well dedicated to St Teilo.  (17 kms/10.5 miles)

Departing trains are available  from Llandaff into Central Cardiff and beyond. 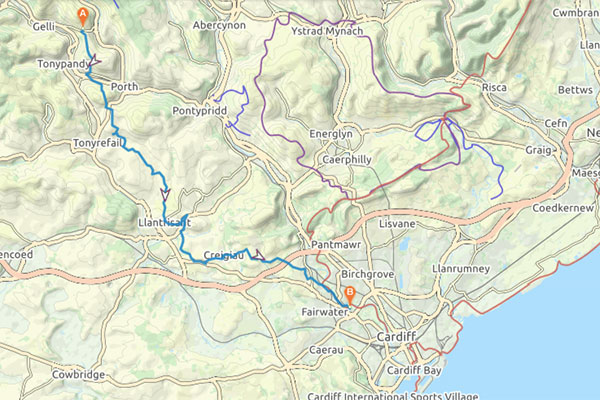 Departures:
Two options – please contact us for more details if anything is unclear.

Private Basis: Up to 6 pilgrims plus guide on a private basis including accommodation, all food and guiding.

Entry to the storytelling event is included for those buying a one or two day pilgrimage ticket.

Iain Tweedale, a local guide with expert knowledge of the area will be with the group throughout

Full board (breakfast, lunch and dinner)

Travel Insurance (please take out your own travel insurance policy)